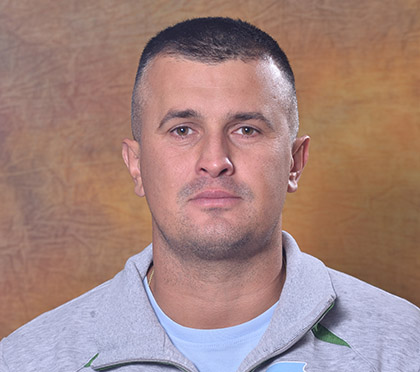 International athletics coach license No.101 020 issued by the Athletics Federation of Serbia (ASS); Coach of the Para Olympic Committee of Serbia since 2005 – coaching persons with disabilities; Coach of AC “Red Star”; Coach of ASC “Athletic Star”;

As athlete: Javelin throw – multiple winner of the highest awards in national, Balkan and European competitions (member of national team or athletics club), as junior record holder in javelin throw named best junior on the national level by the Athletics Federation of Serbia (ASS) and on the level of his club “Red Star” AC (1994-95).

Coach of the athlete that won a medal at the European Championships for persons with disabilities in Espoo-Finland in 2005. Coach of a number of athletes that were finalists in world and European championships in the juniors category and winners of top awards in Balkan championships from 2005 to 2011. Coach of multiple national champions in all categories.